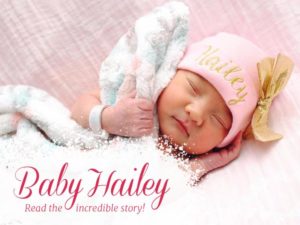 When Megan found out that she was pregnant, she didn’t know what she wanted to do. At 19 years old, she knew getting pregnant would devastate her parents. “My parents will never understand,” she thought. “I can’t do this to them, I just can’t face them.” Her boyfriend Luis assured her that he would stand by her – he wanted the baby, and, deep down, Megan knew she did too. However, the reality was that they were both very young, and they would have to face both sets of parents.
Megan began searching the internet for a clinic that would confirm her pregnancy, and stumbled upon our Kendall Pregnancy Help Medical Clinic. When she came into our clinic, and underwent a pregnancy test, her fears were realized: she was indeed pregnant, and the ultrasound revealed an 8 week old baby in her womb. Her heart was torn, because a part of her wanted to keep her baby, but if she aborted, no one would ever find out about the pregnancy. Which voice would be louder?

Lourdes was the counselor that assisted Megan and Luis. She encouraged them, and spoke to them about hope and the beauty of life. This baby, she explained, was a blessing, not a curse. She offered to speak to the parents if need be, and committed to be there for them every step of the way. Megan chose life for her child, and Luis was grateful. They decided to trust God and invite Him into this situation, and they spoke to their parents, who agreed to support them. On January 25th, Baby Hailey Rose came into the world uniting these two families with love and hope.
The story would have been so different had Megan stepped into one of the 40+ abortion businesses in Miami. Sadly, Miami-Dade County is #1 in abortions and abortion providers per capita in the US.