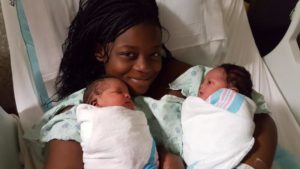 Antonia came to our Pregnancy Help Medical Clinics scared and confused with an unplanned pregnancy. She was still in school and felt she was all alone because the baby’s father wanted her to abort. She did not want us to call her mother because she was ashamed to bring this burden to her mom. When we did the ultrasound two precious babies appeared on the screen. It confirmed Antonia was 15 weeks pregnant with twins, a boy and a girl. 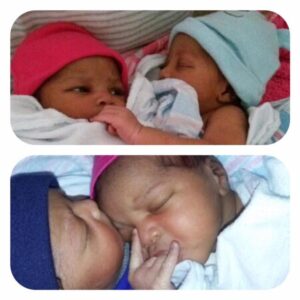 Shamar revealed himself first and then Shari…that is why we say that the big brother saved the little sister. Antonia allowed us to call her mom to inform her of the situation. Her mom praised the Lord that He brought Antonia to a life saving clinic instead of an abortion facility. She had been praying for Antonia to come to Christ. We shared the Gospel with Antonia and she accepted Jesus as her Lord and Savior. Antonia continued in school and also assisted our Parenting Classes. On January 1, 2016, her babies came into the world. Big Brother Shamar was first and then Shari. They weighed 5lbs 9oz each. The babies were born healthy and beautiful to a family that is grateful to God for the blessing and sanctity of LIFE! Just as they had promised Antonia, our employees Blanca and Ivette were there for her and for the babies with gifts and much love. Antonia was glowing with joy! She is managing quite well and in March she will return to school. God is so good! Thank You Lord for allowing us to be a part of this happy ending that glorifies Your name! 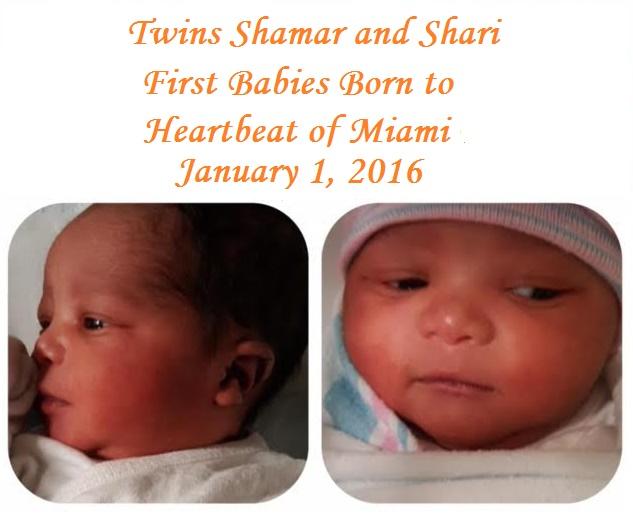