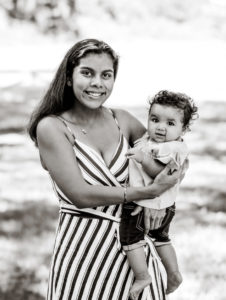 At 19, Kristen found out that she was pregnant…

So many confusing thoughts were running through her mind. The first person she told was the baby’s father. He said they weren’t ready for a baby, and told her she would have to get an abortion. Kristen was afraid – having been raised by a single mother, fearful of becoming one; afraid that her idyllic dreams of having a perfect family would be shattered. Abandoned by her boyfriend, she decided to have an abortion.

After the abortion procedure, she was dizzy and bleeding heavily. She kept asking her mother, “Are you sure the baby is not there?” Her mom was sure that the abortion had been completed, but Kristen somehow felt that her baby was still in her womb.

A few weeks later, while watching a Christian TV program, she saw Jeanne Pernia, one of the founders of Heartbeat of Miami. Jeanne explained how we provide hope to women with unplanned pregnancies, and shared about her own experience with abortion. Kristen was impacted, and her sister-in-law encouraged her to become a part of our “Abortion Recovery” program. 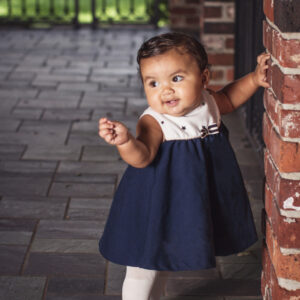 Kristen tells the rest of the story: “My sister-in-law called the Heartbeat of Miami office and spoke with Martha Avila. She made an appointment for me at one of the clinics to find support and counseling for women who had suffered an abortion.

I told them about the abortion and that I had not had my menstruation. They gave me a pregnancy test and it was positive. Not sure of what was happening they offered me an ultrasound. All of them were shocked to see that 14 week baby Abigail was still in my womb. Her heartbeat was loud and clear. My baby was alive!!!

Throughout my entire pregnancy I became closer to God and thanked Him for my miracle. I kept Martha updated all the time, and these amazing women at the clinic were by my side, showing me how my daughter was growing and praying for me. I went to the Heartbeat Clinic so much that they became family to me.

It was a tough pregnancy, but with God, my family, and Heartbeat of Miami by my side, I had my beautiful baby girl, Abigail.” 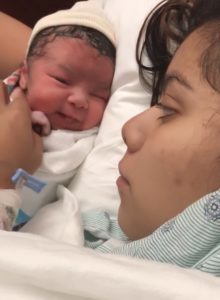